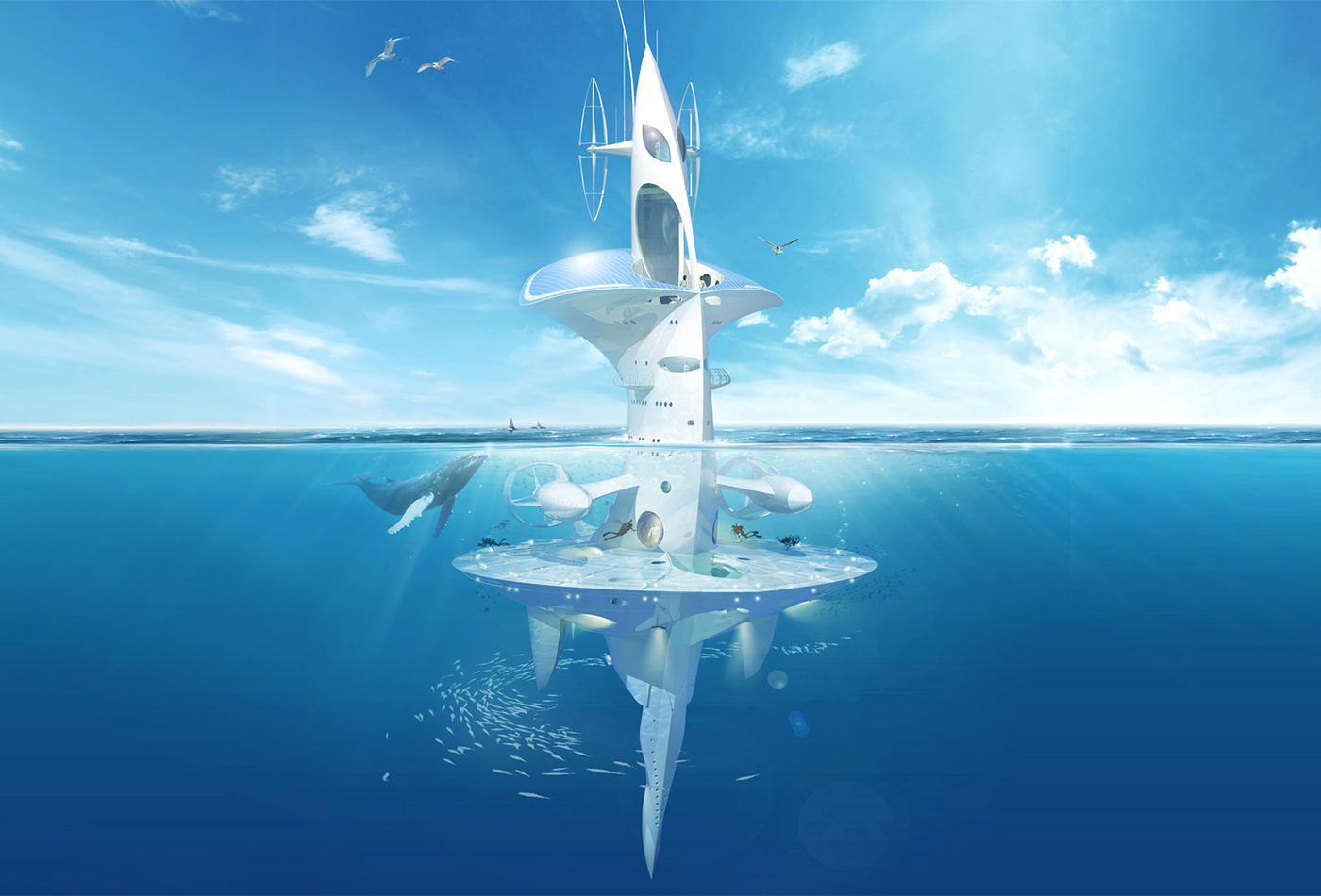 The vast majority of boats rely on fossil fuels that tax the environment. Fortunately, alternative energy is on the rise in the marine world, and solar-powered ships are prepared to sail into a much cleaner future. It’s been a few years since the world’s largest (at the time) solar-powered ship completed its journey around the world, and a number of a fresh concepts are now awaiting construction. Giant multimillion dollar luxury yachts promise stellar sightseeing adventures with silent, solar-powered engines, while a unique vertical marine vessel will someday serve as a long-term base for deep sea research. Meanwhile, an autonomous solar-powered boat is currently making its way across the Atlantic. Read on to learn about all the wild and crazy solar-powered vessels just waiting to hit the waves.

The SeaOrbiter marine research vessel as shown at the top of the page: French architect Jacques Rougerie designed the SeaOrbiter, a futuristic vertically oriented marine vessel that offers a round-the-clock undersea station for long-term research and observation. SeaOrbiter has multiple levels of underwater cabins and a wide skirt that offers divers a place to rest while they study oceanic ecosystems. Two years after a successful crowdfunding campaign raised nearly $388,000, the ship still hasn’t come to fruition. A key element of the design, the Eye of SeaOrbiter, was finished in May 2015 and will remain on display while project backers organize funding to build the rest of the ship, which will likely cost tens of millions to complete.

View all six Vessels and the journey they undertook to get where they are: EnGadget 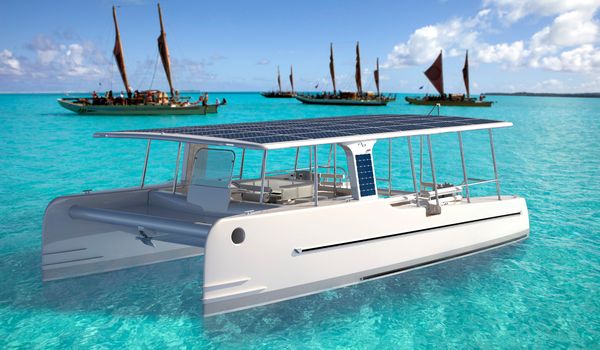