Nevada’s solar plant: the next generation of solar energy technology 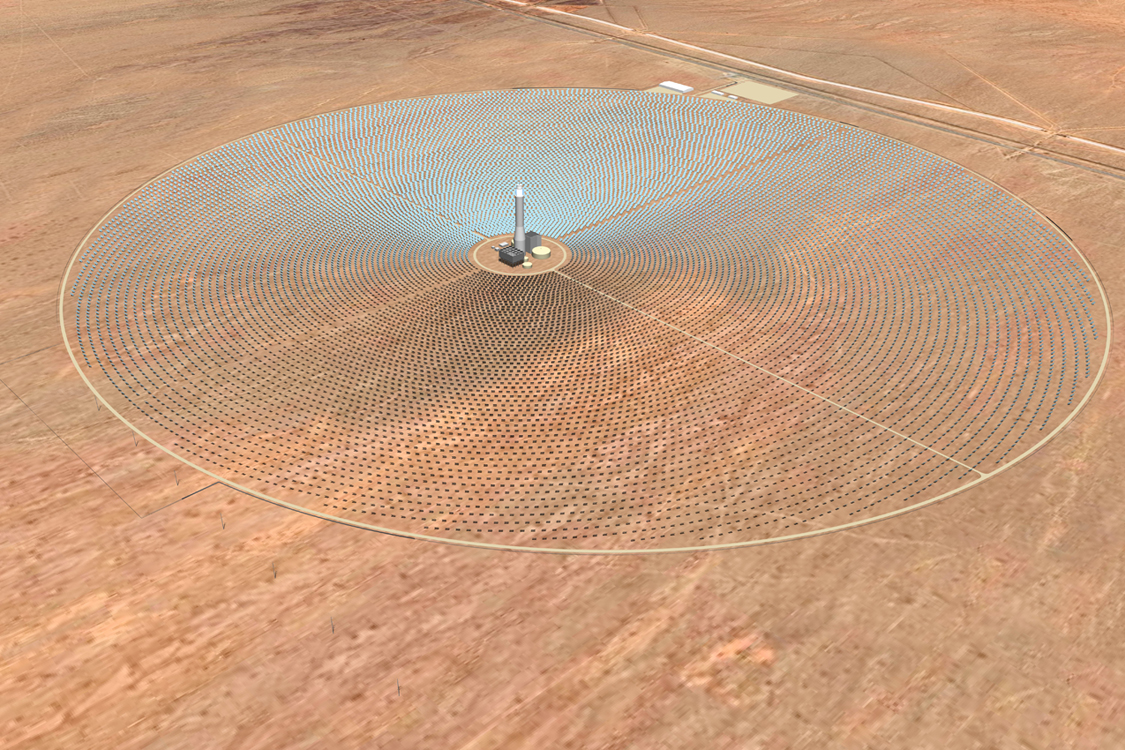 The solar power plant is not composed of photovoltaic panels like the ones that are installed on rooftops and in usual solar farms, but they are multifaceted mirrors made of glass, which follow the course of the sun in the sky and direct the sunshine towards the top of a central tower.

Smith, CEO of Crescent Dunes’s parent company, SolarReserve says: “The difficulty with photovoltaic is that it’s intermittent… When the sun goes down, you’re done.”

According to Smith, the solar farm also features “the world’s most advanced energy-storage technology”: molten-salt storage.

The molten-salt storage technology consists in a central tower which has a reservoir of 25,000 metric tonnes of potassium and sodium nitrate previously heated to 288°C for it to be a clear liquid like water.

The liquid goes through narrow and thin-walled tubes, and its temperature rises significantly when it is exposed to the sunlight at the top of the tower.

Smith says: “We heat it to 560°C… It flows back down the tower and we capture it in a large tank.”

The important heat is maintained thanks to the salt-composed liquid and a conventional steam turbine turns it into electricity.

The Crescent Dunes solar power plant generates electricity for 75,000 homes in the Nevada 24 hours a day if it is necessary.