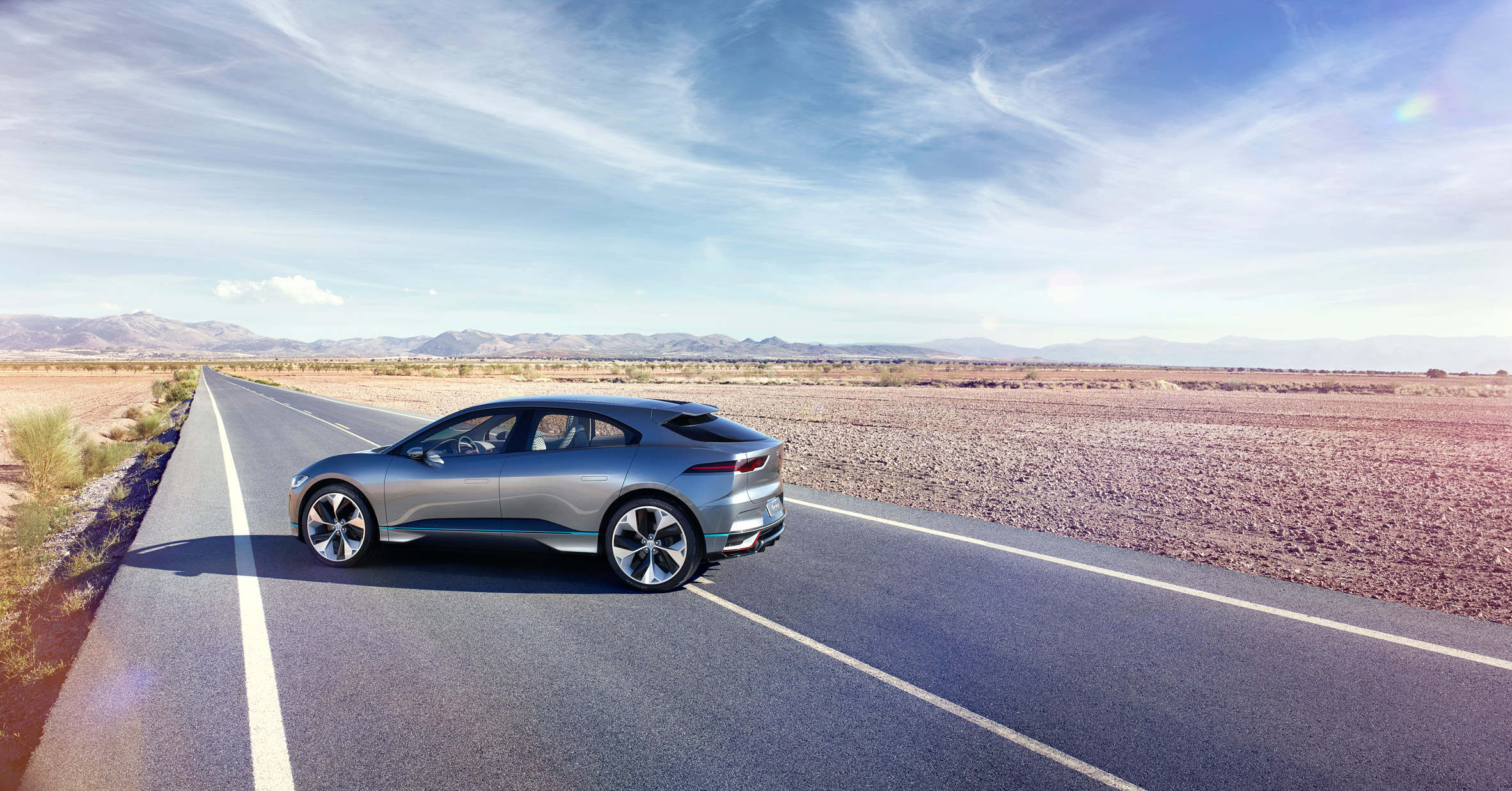 Jaguar has revealed its first electric car, expected to hit the roads in 2018.

The I-Pace is an all-electric SUV with space for five passengers. It is described by the company as a “dramatic” design that offers a glimpse into the future of electric vehicles.

It made its debut at the LA Auto Show, and while currently a concept vehicle, Jaguar says the design will remain largely the same when it goes into production in 2017.

When it eventually hits the roads in 2018, the British company also claims the car will be able to travel 310 miles (500 kilometres) on a single charge and will be able to accelerate from zero to 62 miles per hour in approximately four seconds.

I-Pace will be powered by a custom-designed battery pack that is located at the base of the car, giving the vehicle a low centre of gravity and in turn, according to Jaguar, agile driving dynamics.

The average user would only need to charge the battery once a week – and when they do, it takes just over two hours to get it to 100 per cent power.

Known for its luxurious cars, Jaguar has paid particular attention to the interior of the vehicle.

While the car is an SUV, the seats are placed in a sports-car-like driving position. A glass roof allows for panoramic sky views, and two touchscreens provide a “home-from-home user experience”.

“The interior of the I-Pace Concept is finished with beautiful, premium materials and an unwavering attention to detail,” said Callum. “From the expansive panoramic glass roof to the sporting, beautifully finished seats, every feature bears the hallmark of British craftsmanship.”

“And there is digital craftsmanship too, with two touchscreens serving up information when and where you need it, limiting distraction and improving the driving experience”

The I-Pace is less futuristic-looking than some recently revealed electric cars, including Renault’s Trezor, which features a roof that “opens like the lid of a jewellery box”.

It shows a more realistic offering in the race towards electric vehicles, which has already seen brands including BMW, Mercedes-Benz and Volkswagen roll out battery-powered cars. 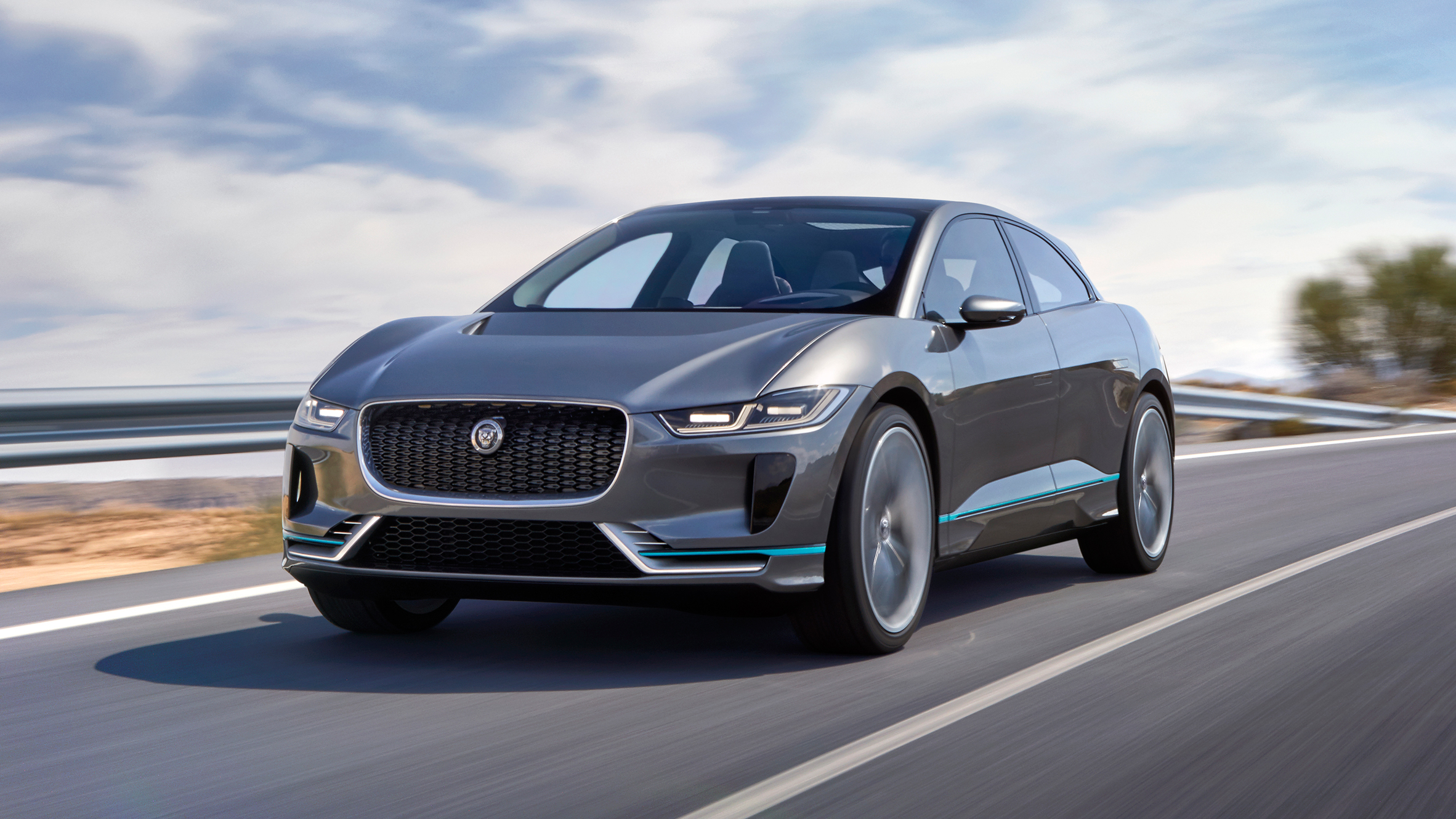 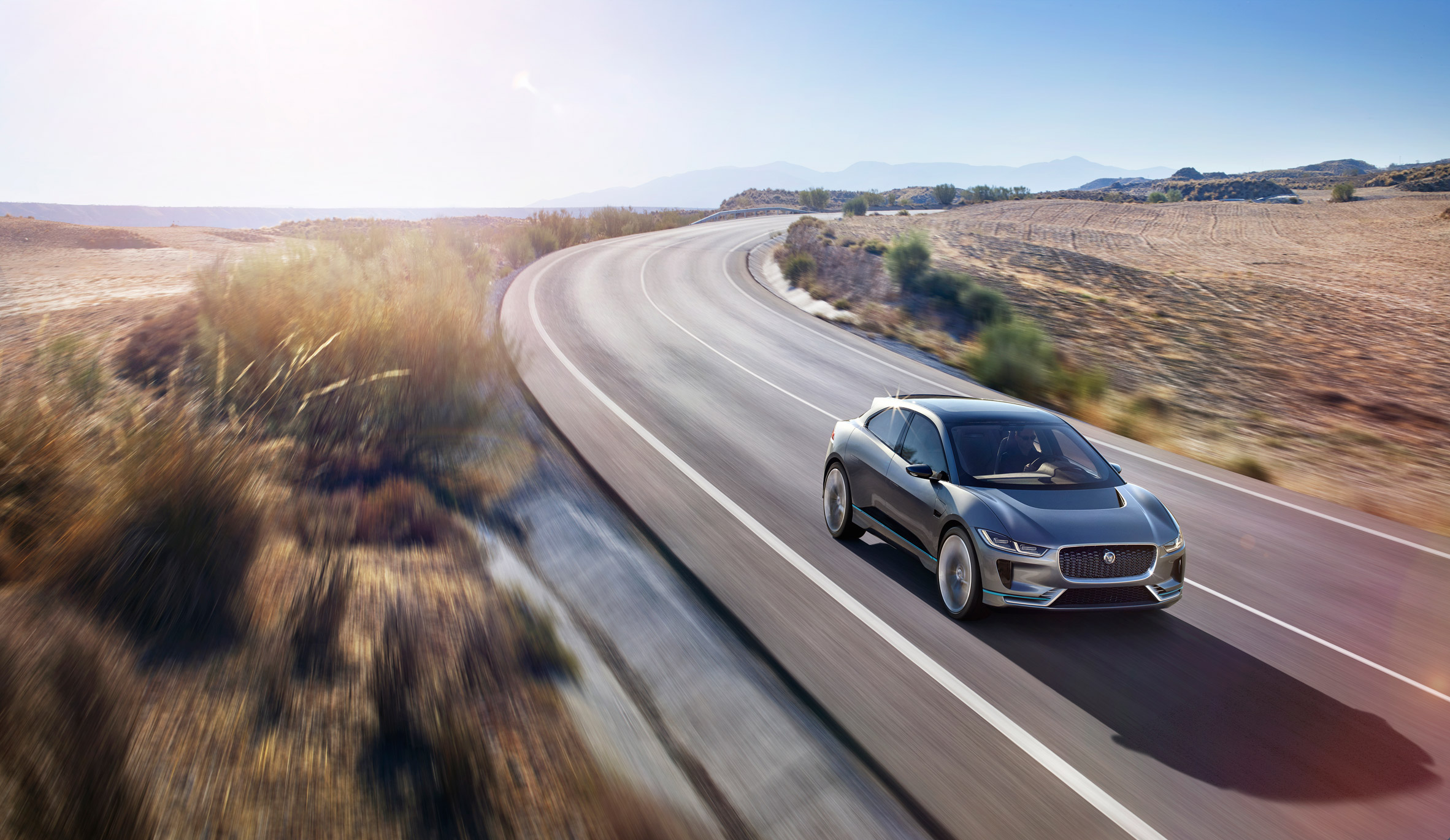 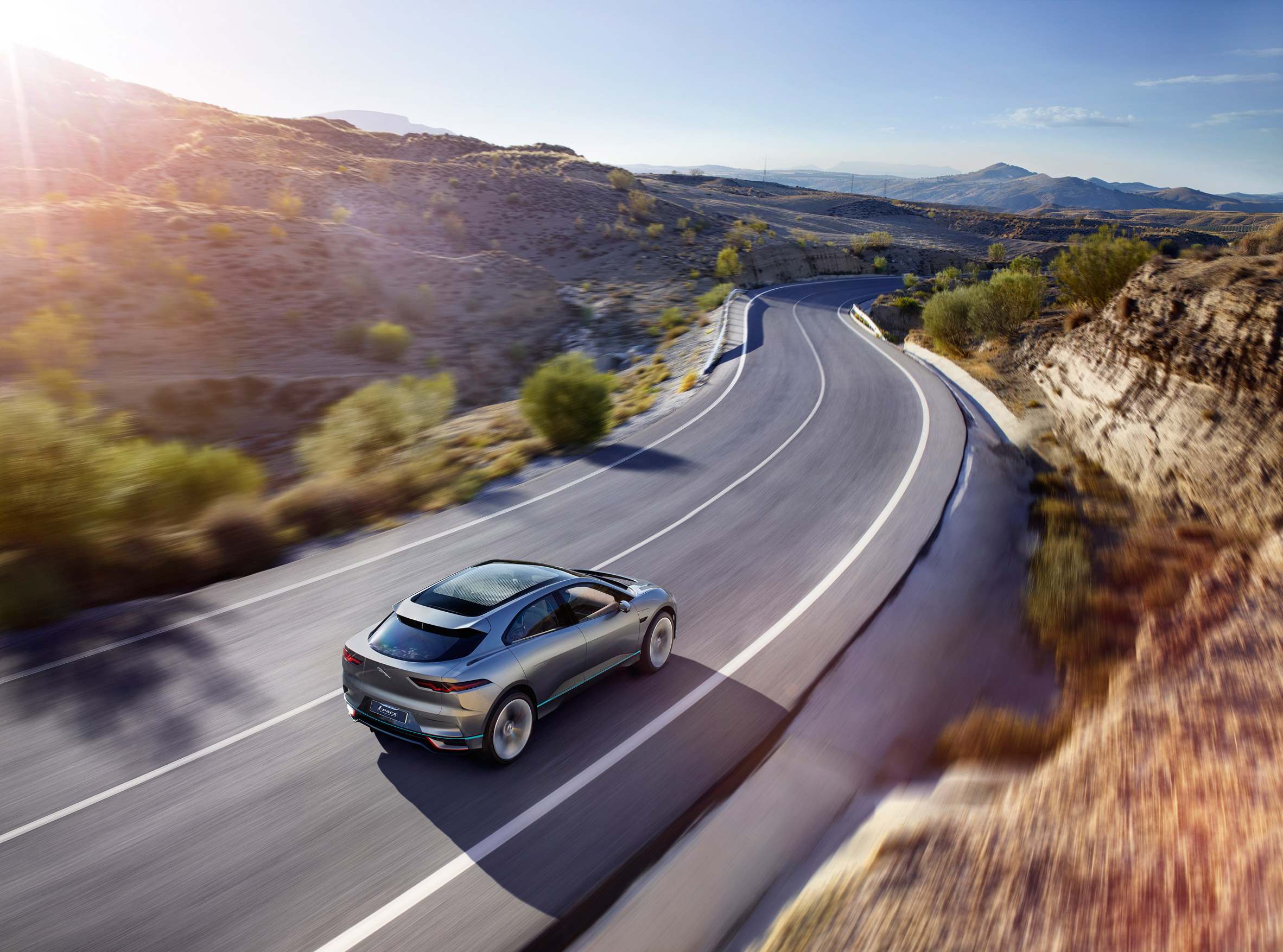