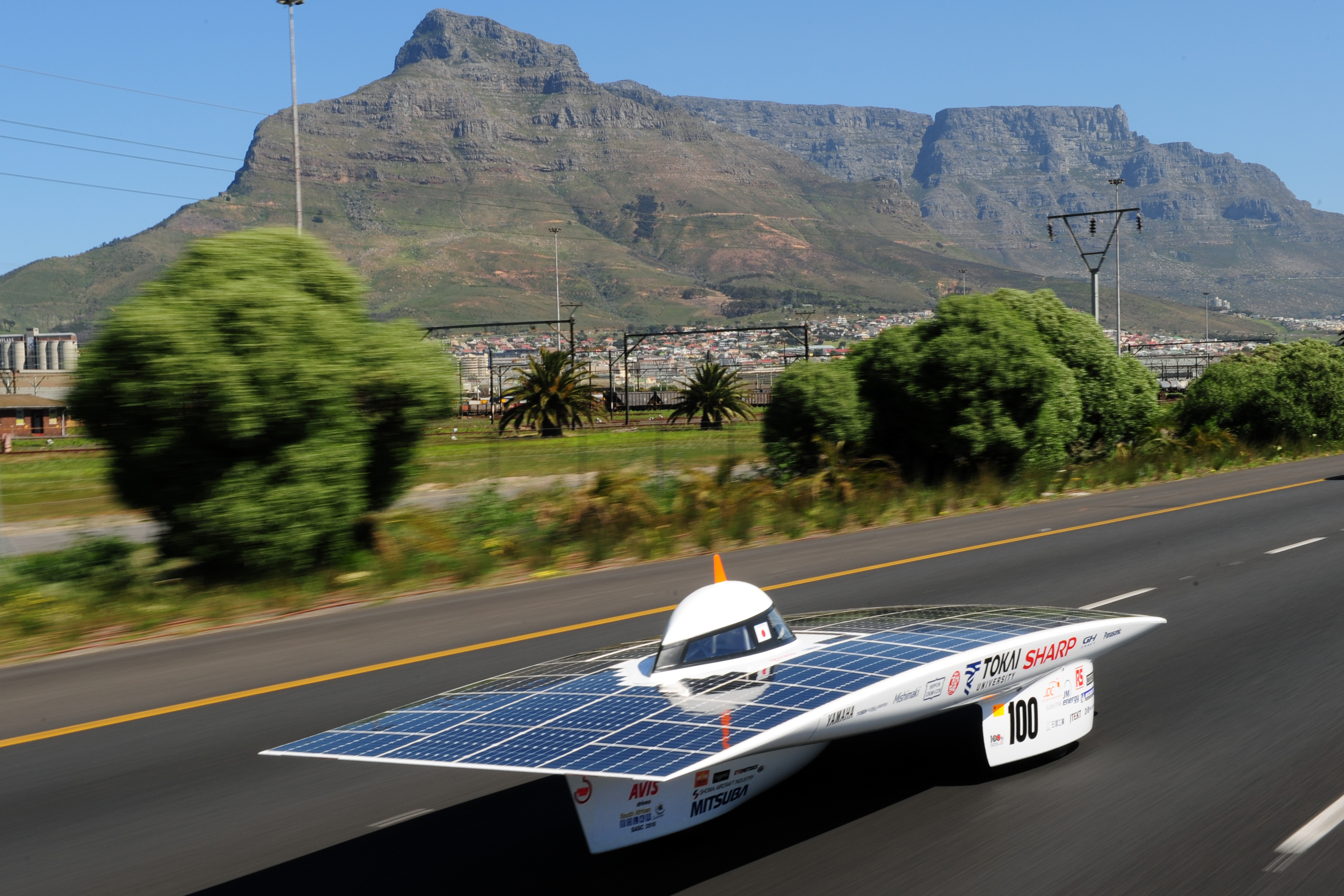 The Sasol Solar Challenge, which runs between Pretoria and Cape Town from 24 September to 1 October, is officially underway.

The Sasol Solar Challenge kicked off this morning at the Council for Scientific and Industrial Research (CSIR), with universities and schools from all over the world entering teams to compete in the race.

Teams will race for eight days on a route between Pretoria and Cape Town which covers more than 2,000 kilometres, with some teams doing as much as 4,000 kilometres on optional loops on the routes.

The aim is to cover as much distance as possible powered by the African sun before the race ends on 1 October 2016 at the V&A waterfront.

One local team from North-West University (NWU) started the race this morning despite an accident on the racetrack during scrutineering earlier this week.

NWU’s team of students, along with help from their competitors, spent the last 24 hours repairing the damage on their car.

Four teams did not pass the rigorous scrutineering process this week, and were only allowed to symbolically cross the start line today. They will present their vehicles for inspection this evening in Kroonstad, the first stop of many on the Sasol Solar Challenge route.

This morning the Tokai Challenger from Japan crossed the start line first, followed by South African and other international teams. They were overtaken by the Dutch team Nuon shortly thereafter.

However, since the challenge is about distance covered rather than speed, the official standings will only be determined in Kroonstad this evening.