Cost of Clean Energy Seen Nosediving Into the Next Decade 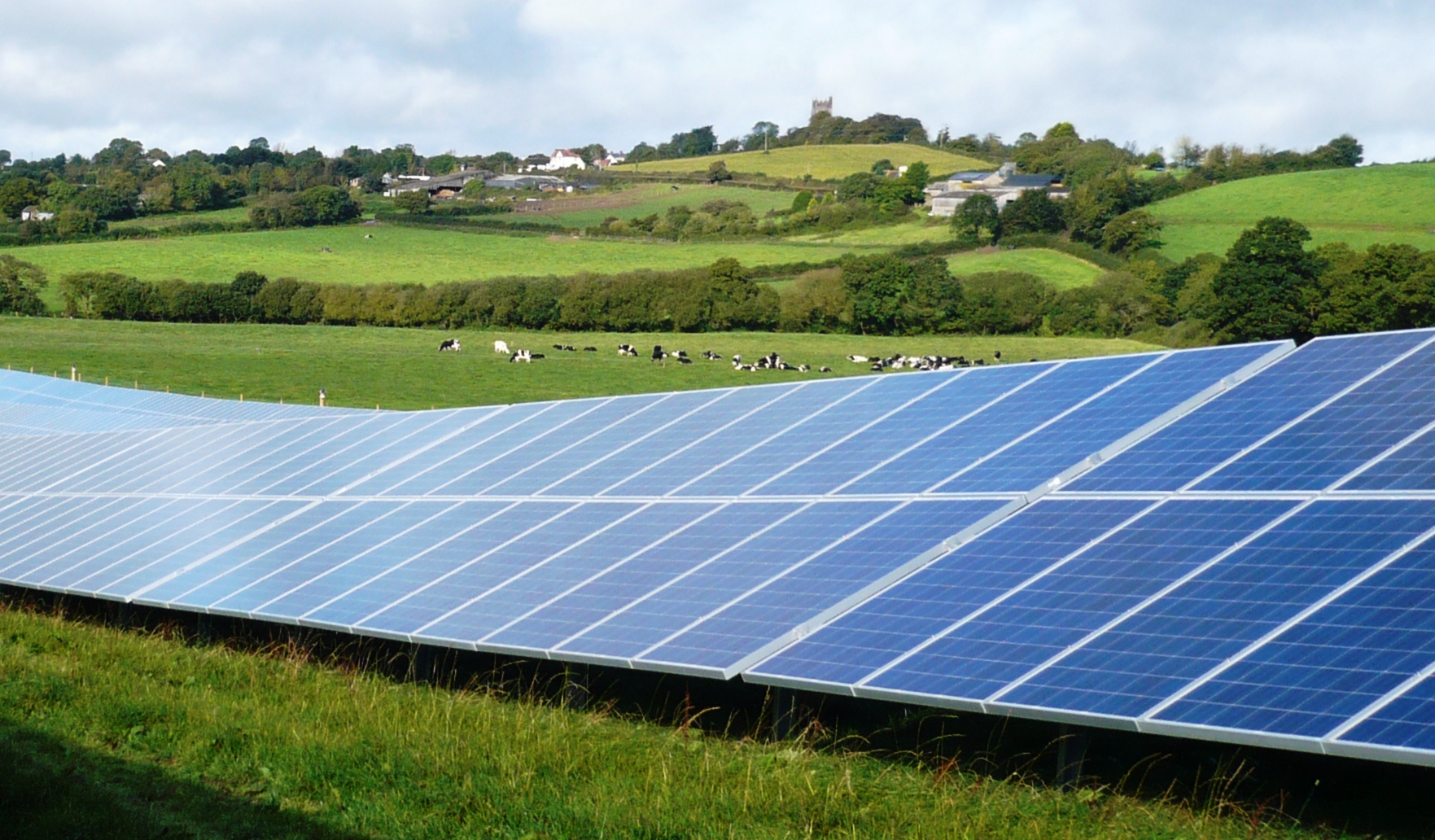 The cost of renewables technology is set to keep falling into the next decade, boosting the economic case for clean energy, according to an industry group.

The average cost of electricity from a photovoltaic system is forecast to plunge as much as 59 percent by 2025, according to a report Wednesday by the International Renewable Energy Agency. The technology last year produced energy that was already 58 percent cheaper than it was in 2010, the Abu Dhabi-based industry group said.

“Historically, cost has been cited as one of the primary barriers to switching from fossil-based energy sources to renewable energy sources, but the narrative has now changed,” Irena Director General Adnan Amin said in a statement. “This further cost reduction will broaden that trend and strengthen the compelling business case to switch from fossil fuels to renewables.”

Irena projects that energy from solar thermal power plants will be about 40 percent cheaper by the middle of the next decade. Offshore wind may see cost reductions of 35 percent, followed by onshore wind at 26 percent. The cost of building renewable energy facilities is also expected to fall, with solar photovoltaic projects costing as much as 57 percent less by 2025 than they did last year.

The drop is expected to be driven by technological improvements and increased economies of scale as manufacturers expand operations, according to the report.

“We’ve experienced a golden era for equipment cost reduction in solar photovoltaic and onshore wind,” said Michael Taylor, lead author of the report who is also an analyst at Irena. “Now we’re seeing a lot of opportunity to reduce the non-equipment cost.”

Manufacturers in China such as Sungrow Power Supply Co. and Huawei Technologies Co. are offering products “well below” global averages, Irena said. “As these companies increasingly enter new markets and increase their share of installations in Europe, the Middle East and Africa and Japan, they will lower average costs and put significant pressure on local competitors.”

Government policy can also play a role in reducing borrowing costs for project developers. “Solar doesn’t need a subsidy anymore, but regulatory frameworks that back long-term power purchase agreements will reduce solar’s cost of capital and make it possible to build it for below the cost of other sources,” said Jenny Chase, head of solar analysis at Bloomberg New Energy Finance.

She points to recent examples in Zambia and Dubai, where governments stepped in to help reduce risks, allowing solar investors to borrow more cheaply than standard debt in either country.

State-run auction systems are also playing a role in pushing down the price of electricity from renewables. Developers bid competitively for building permits and the lowest price of power wins.

“Where we’ve seen well-structured auctions, where this is a clear policy framework, where currency risks have also been taken into account, we’ve seen very competitive bids,” Irena’s Taylor said. 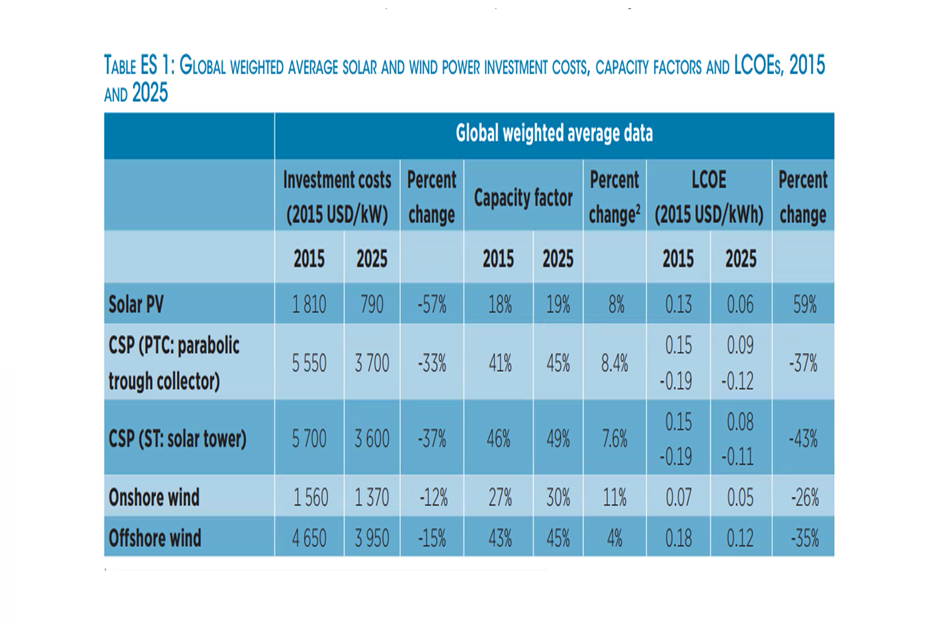 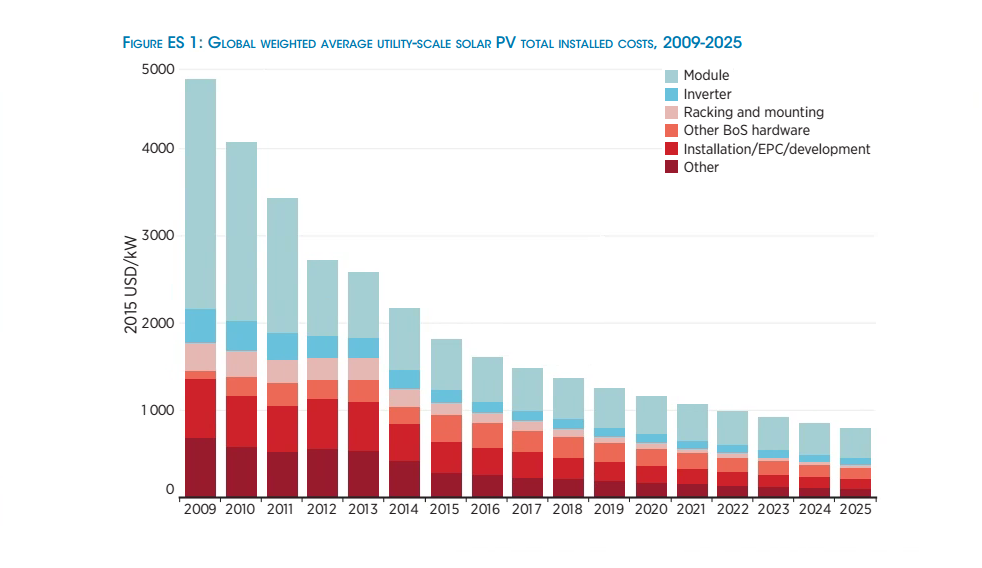